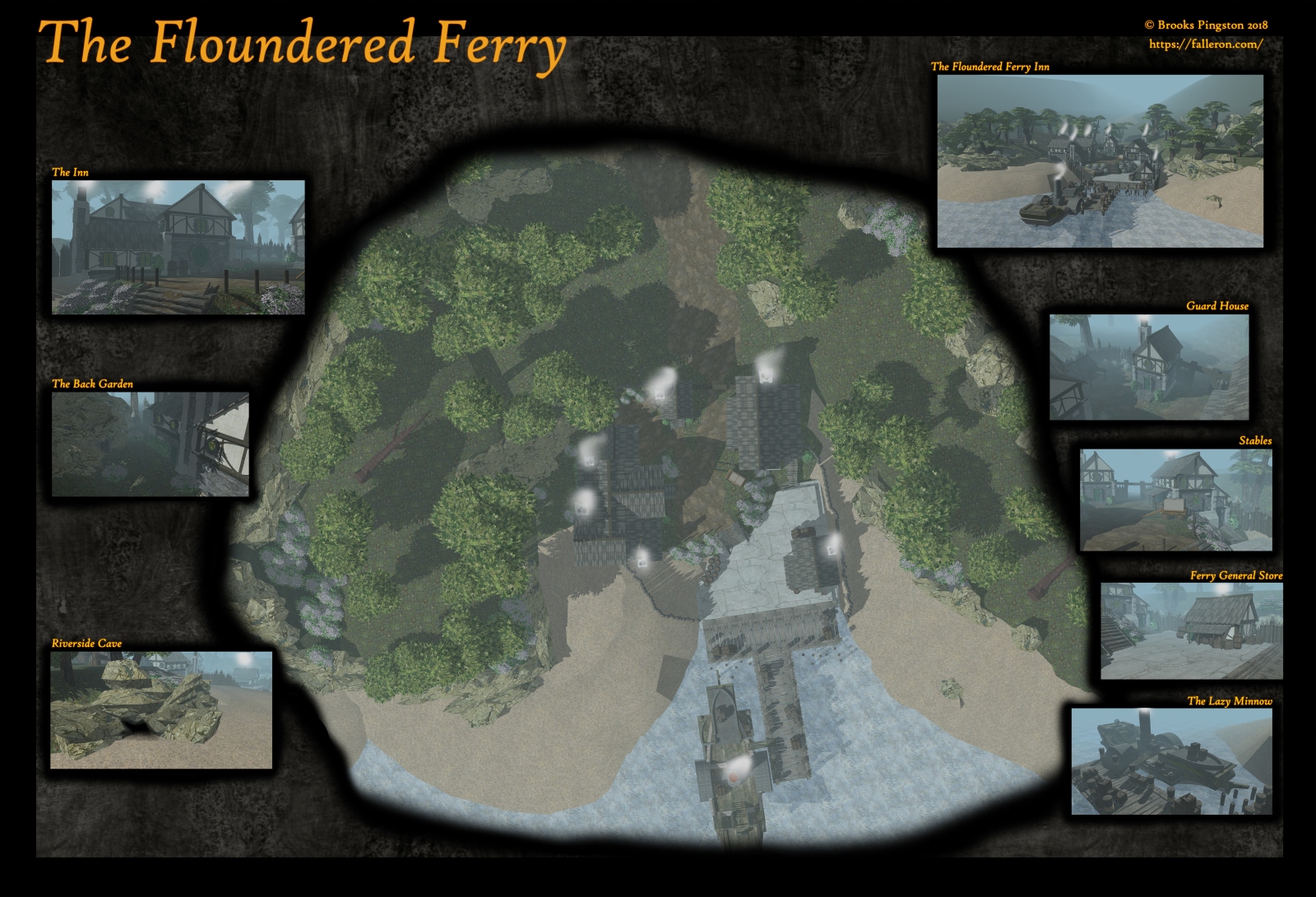 Beginning the year off right, we have four maps for you today. All are of the Floundered Ferry Inn, a multi-building inn, store, and stables beside a dock. Located on the shores of the Charm River, halfway between Bentleyshire and Kalen, the Floundered Ferry is popular enough to have a full inn most nights, but not so popular as to enjoy a local garrison. Instead a band of mercenaries uses the inn as it’s base most times of the year and pays for room and board through protecting the inn.

There are four variations of this map: day/night and GM overlay day/night (the difference being the GM Overlay has location numbers indicated).

From last year, I got a lot of requests for iso-top down perspective maps so that players could play tactically on these in addition to the perspective shots. I’ll be doing that for the rest of the year. If there are enough requests I may start adding Hex and Grid versions in the near future as well.

But enough about that, here are the maps: 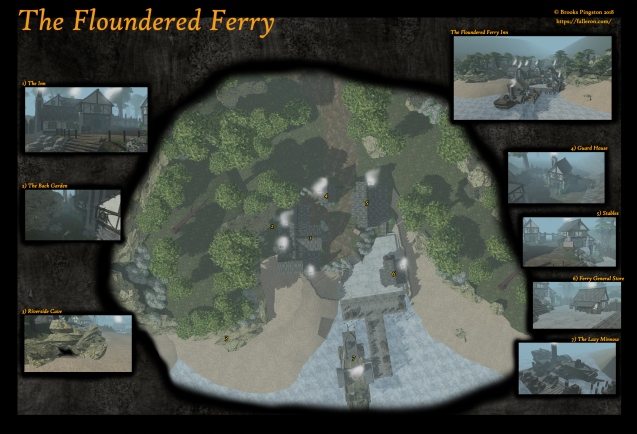 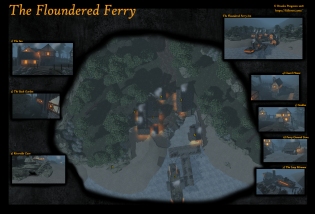 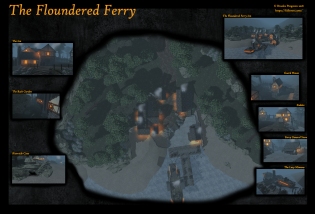 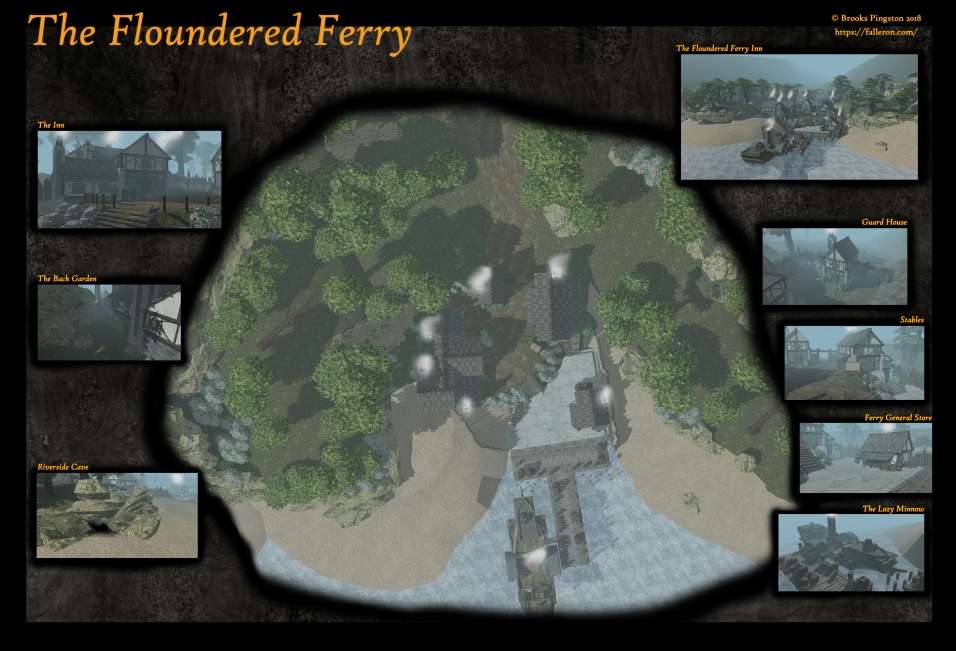 Next up will be the interiors of the inn itself, look for that a bit later this week.

I make maps, encounters, tools, and other fun stuff for tabletop roleplaying.

My artwork and designs are licensed under a Creative Commons Attribution-NonCommercial 4.0 International License.